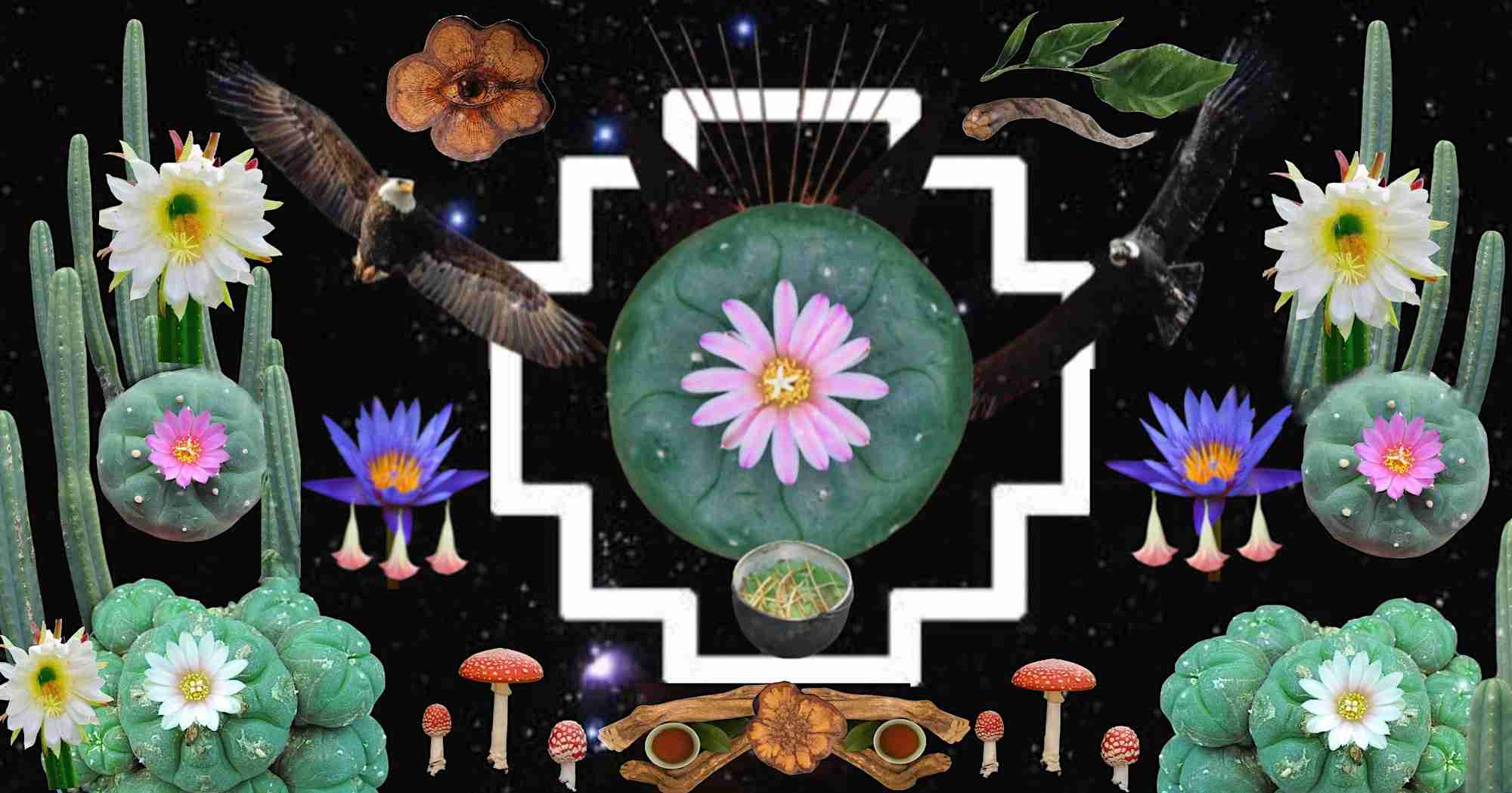 This will be a special talk and discussion on Sacred Plant Medicines, Entheogens and Ancient Mystic Rites.

This will be a special talk and discussion on Sacred Plant Medicines, Entheogens and Ancient Mystic Rites, offered by The Esoteric Science Institute and The Wisdom Weaving Collective.

An entheogen (“to create god within,” en εν- “in, within,” theo θεος- “god, divine,” -gen γενος “creates, generates”), in the strict sense, is a psychoactive substance used in a spiritual, shamanic or religious context. Historically, entheogens were mostly derived from plant sources and have been used in a variety of traditional religious contexts. More broadly, the term entheogen is used to refer to any psychoactive substances when used for their religious or spiritual effects, whether or not in a formal religious or traditional structure. This terminology is often chosen to contrast with recreational use of the same substances.

Examples of traditional entheogens include sacraments found in the indigenous and Native American traditions such as Peyote , San Pedro/Huachuma as well as Ayahusca. Other common entheogens include cannabis and psilocybin mushrooms. Entheogens have been used all throughout the world in all ages and times. In Ancient Egypt, the Egyptian blue lotus and the Acacia were used as sacraments. In Ancient Greece the kykeon was revered, which was an entheogenic brew that proceeded initiation into the Eleusinian mysteries, as well as ambrosia; African entheogens include the powerful Iboga and the African Dream Root of the Xhosa; Vedic sacraments were the sacred Amrita and the Soma, described often in the Vedas and ritually prepared and drunk by the priests and initiates of the Brahmanic mysteries; The Persian equivalent was the Haoma, described in sacred rites of the Zend Avesta and initiates of Zoroastrianism. Entheogens may be compounded through the work of a shaman or apothecary in a tea, admixture, or potion like Ayahuasca/Yage, Bhang, snuff, or in an anointing oil.

Entheogens have been used in a ritualized context for thousands of years; their religious significance is well established in anthropological and modern evidence. They have been used extensively in various initiatory rites in the mystery traditions and in shamanic and spiritual ceremonies since the dawn of civilization.

Entheogens can be used alone as the main sacrament in initiatory rites and for spiritual explorations and revelations, or can also be tools to supplement various spiritual practices and esoteric traditions for healing and transcendence. Many of these entheogens and sacred plant medicines have extensive benefits that not only include spiritual breakthroughs, insights into the mysteries of the universe, exploration of the hidden dimensions of consciousness and journeys into inner realms, but also offer full physical, emotional, mental, and psychological healing, with even miraculous and complete recovery of many irreversible chronic illnesses and diseases.

With the introduction, rapid progression and popularization of entheogens such as ayahuasca and other sacred plant medicines in the West, many have been exploiting and even abusing these ancient sacraments and corrupting these indigenous wisdom traditions that go back ages. With the increase in new age belief systems, neo-shamanism, fake medicine men, plastic shamanism, and ayahuasca tourism, there are now really serious dangers present when working with these ancient sacraments.

This talk will serve as an introduction to the many different entheogens and sacred plant medicines, their various benefits and their proper use to avoid any dangers and risks associated that may arise when working with them, participating in ceremonies, or in the integration process afterwards.

Reserve your spot and get tickets through Spirit Well!! Nobody is turned away due to financial reasons, contact the host if necessary.

Manage Cookie Consent and Terms of Service
To provide the best experiences, we use technologies like cookies to store and/or access device information. Consenting to these technologies will allow us to process data such as browsing behavior or unique IDs on this site. Not consenting or withdrawing consent, may adversely affect certain features and functions. Clicking 'Accept' also is an agreement that you've read and agree with our Terms & Conditions.
Manage options Manage services Manage vendors Read more about these purposes
View preferences
{title} {title} {title}